Evaporative Cooling Technology and Its Advantages versus Global Warming 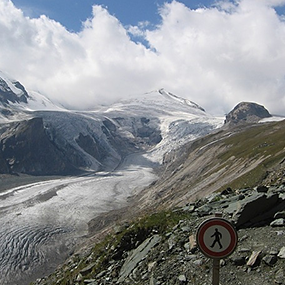 Simple principles govern the operation of an evaporative cooler. We see the principle working on our own bodies. Perspiration evaporates as a light breeze washes over skin. The delicious chill caused by the energy exchange is a natural phenomenon, one that works in harmony with the environment. If we gained X-ray vision, we'd see the same natural exchange happening within the enclosure of an evaporative cooler. There are no cooling gases to see, no environmentally harsh chemicals to worry about within the water-based mechanism. There's only the pump and moisture-laden pads sitting in the path of channeled air, a fan-generated wind that cools as moisture in the pads vaporize.

The passive profile we associate with evaporative cooling is far superior in environmental terms when compared with other climate control technologies. Consider that a not so subtle dig, a barbed comment directed at air conditioners, for this technology is laden with gases and environmentally damaging chemicals. Environmental advocates have worked hard to replace the CFC gases in these units with safer chemicals, thus protecting our damaged ozone layer. Unfortunately, with the rise of air conditioners in developing nations, this change is being diluted, resulting in more damage than ever. The irony of the situation hasn't escaped scientists. One solution, the end of damage to the ozone layer, is leading to new outpourings of chemical gases, airborne materials that are causing new global warming issues. Expect air conditioner sales to rise in these nations by 20 percent in the next few years, with AC systems raising global warming emissions by 27 percent between now and 2050.

Evaporative cooling is cost effective and free of these gases, as already mentioned. Consider this next notion, the lower energy output of the cooler actually reinforces the emission-defeating attributes of nature’s innate cooling technology by embracing this lower energy profile. These particular savings are happening at the power station. Low energy consumption equals less generated power, which means less burning of fossil fuels at the generators. And, since fossil fuels are yet another component in the global warming equation, we receive a second path to emission reductions. There's the obvious gas-free design that's inherent to the technology. Secondly, the concept that less electricity equals a reduction in fossil fuel consumption makes it hard to argue against what is in effect a twofold emission mitigation action.

Eco-friendly air conditioners are technologically possible, but the appliances manufactured from the technology will always include some form of gas, and, as hard as engineers have worked to minimize the dangers of these gases, the developing nations issue is multiplying AC units too fast to make a difference. Cool with water and air. Harness the power of evaporative cooling and battle global warming with a natural chill. Whether on a domestic scale or seated in industrial-strength units, evaporative coolers are free of global warming triggers.